Mount Linton is one of New Zealand’s iconic stations. It is also one of the largest privately-owned stations in New Zealand. Mt Linton’s large size comprising 12,145ha of mostly productive land, means its biggest asset is people, both current and past. They have made an enormous contribution to the continual development of the property and its sustainable farming practices.

Among the key advantages of Mount Linton are not only its size but the determination to be a leader in genetics. Recording the Angus herd began in 1991, followed by the Texel flock in 1995, and more recently the Suftex.

The genetic trend graphs show tremendous improvement and sire performance that are backed up by the achievements of the commercial sheep and cattle operations run on the Station.

Mount Linton’s biggest challenge is the Southland climate and we are focused on producing genetics that survive and thrive in such an environment, as well as sustainably producing the highest quality product for the end consumer. 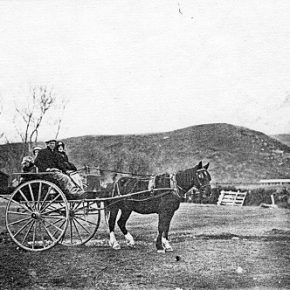 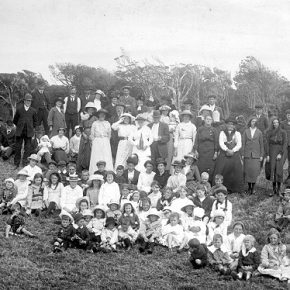 While today Mount Linton is one of the country’s most successful agricultural ventures, its early owners were plagued with problems. Heavy flooding, snow storms and rabbit problems forced many of them off the property. Advances in engineering and agricultural technology have since made these issues a thing of the past. Such innovations arrived too late, however, for one early owner, Scott William Clark, who, in the 1860s, developed the Mount Linton brand which is still in use.

In 1878 a new era began with the property being purchased by Colonel Chalmers, Dr Inglis and Reginald McKinnon. Taking the existing brand, the men changed the face of the property, making it both a business success and one of the country’s social centres.

Expansion
At the turn of the century the Station began a period of intense development. WJA McGregor acquired the property and immediately increased its carrying capacity.

Noel McGregor took over from his father in 1932 and the business continued to expand. Noel took advantage of the new technology available after World Ward II and began aerial topdressing – transforming the property. Grass growth increased as a result of the phosphate and sulphur application, which in turn led to substantial production increases.

In that time Mount Linton has built a reputation for its strong commitment to innovation and development. Over the past 140 years what were originally 80,000 acres of native tussock land have been transformed into 12,000 hectares of some of New Zealand’s most productive farm land.

Interests associated with the Masfen Family became 50% shareholders in 2003.